How To Download PUBG Mobile In Android, PC, iOS 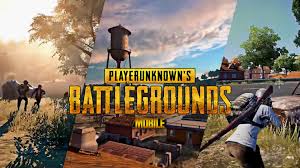 
PUBG (PlayerUnknown’s Battlegrounds) is a multiplayer battle royale style online game. Torque your adrenaline with this fast-paced experience. Drop into your battleground with your teammates to begin your adventure. PUBG allows you to partner up in teams of two, three, four, or play solo. Strategy and team communication are crucial in this exciting dash to see who outlasts whom. Explore cities, buildings, and unique terrain as you strategize your way to the end. Competition is fierce as teams fight to the death to be the last team standing. Meanwhile, the game environment shrinks throughout the course of play, adding an additional element of interest. Don’t get caught outside the zone or you’ll slowly take damage. Android users finally have to the ability to play their favorite desktop and console game on their mobile device for free. The functionality is largely maintained from desktop/console to mobile, putting the power of this fun game in players hands on-the-go. PUBG is the ultimate game for anyone looking for a fun and competitive battle royale game filled with strategy.

Where can you run this program?

PUBG is compatible with Microsoft Windows, Android, iOS, Xbox One, and Playstation 4 devices. The Android and iOS mobile versions are free to play.

Is there a better alternative?

Cult hit Fortnite is PUBG’s biggest competitor. Fortnite is also a multiplayer battle royale style game where up to 100 players are dropped from the sky in an attempt to kill, loot, and survive. Drop from a flying bus in Fortnite with a similar objective as in PUBG. However, in Fortnite, players also build forts which adds an additional layer of responsibility and strategy. PUBG’s imagery is meant to resemble a more real-life environment although the actual graphic quality is similar in both games. Both Fortnite and PUBG mobile games are free-to-play, however PUBG for desktop comes with a price tag. Both games also offer microtransactions where players can buy their avatars access to custom outfits and accessories.

PUBG is one of the most popular online video games in history, making it an experience all gamers should have. Its image quality is excellent, even on mobile. PUBG is not overly gory either which is appreciated by parents and those with weak stomachs worldwide. At its core, PUBG is a team-oriented game of strategy that will entertain you for hours.

Yes, download PUBG for Android mobile if you are looking for a fun, addictive, strategic game. Team up with your friends, talk on the in-game audio (or via an external service), and strategize your way to the next win. Each game lasts approximately thirty minutes, making it a big-time commitment from your phone, where you likely have other things to do. The download size is quite large, making it a bit of a storage hog. Overall, PUBG for Android is an awesome game choice for those who do not have access or want to pay for the desktop version, but do have the space on their phone to accommodate the download.

Tips On How To Make Homeschooling Successful