Google Opinion Rewards: Everything you need to know

Get paid to answer surveys

To get started with Google Opinion Rewards, you’ll have to download the app from the Play Store and sign in with your Google account. This is the account that will receive Play Store credits, so it’s recommended that you use your primary Google account. 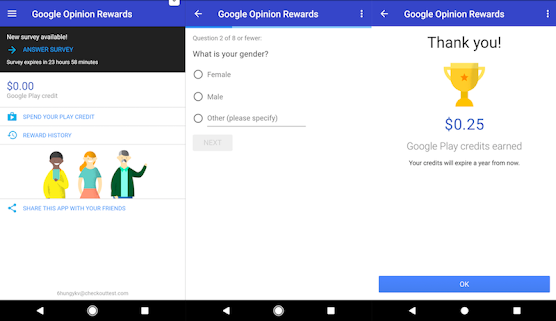 Not available everywhere just yet

Google Opinion Rewards is available in only 26 countries around the world.

The number of surveys you get within Google Opinion Rewards varies based on your location and activity history. The surveys are run by markets researchers, with Google acting as the conduit.

There’s no telling when you’ll get a new survey, but there are a few pointers. When you do get one, try to answer the questions as honestly as possible, because Google says it uses a “number of techniques to discover users who are lying or trying to game the system.” Should it detect that you’re being dishonest, you won’t get many surveys after that.

Most of the surveys I’ve received over the last two years have been local surveys — questions related to locations I’ve visited, whether that’s a tourist attraction, hotel, or a convenience store. But in general, the surveys could be anything from providing feedback on a video recommendation YouTube served up, writing a review for a tourist attraction, or just answering marketing-related questions about a particular product you may have purchased recently. 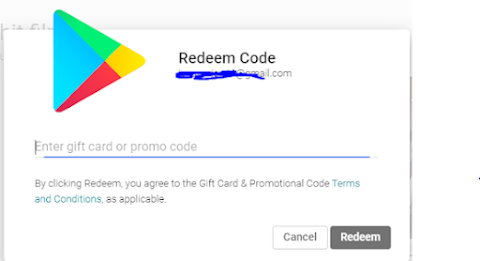 Make sure you utilize your credits effectively

The credits that you get by taking surveys are valid for 12 months, and the app now notifies you if your credits are about to expire. It’s a good bet to add apps and games to your wishlist on the Play Store, so that you have a list of things to purchase once you get the requisite credits.

At this moment, there’s no way to split the balance between Play Store credits and other forms of payment. So you’ll have to wait for more surveys and accrue enough Play Store credits to pick up an app or movie, or just pay using your card.

iPhone users can also join in

Google Opinion Rewards isn’t limited to Android; the app is available on iOS as well. If you’re on iOS, Google pays out the money to a PayPal account that you’ll have to set up during initial configuration.

Overall, Google Opinion Rewards is a fantastic way to pick upcredits on the Play Store for buying apps, movies, games, and more. If you haven’t already, you should get started right away.

How To Achieve Strong Brand Presence